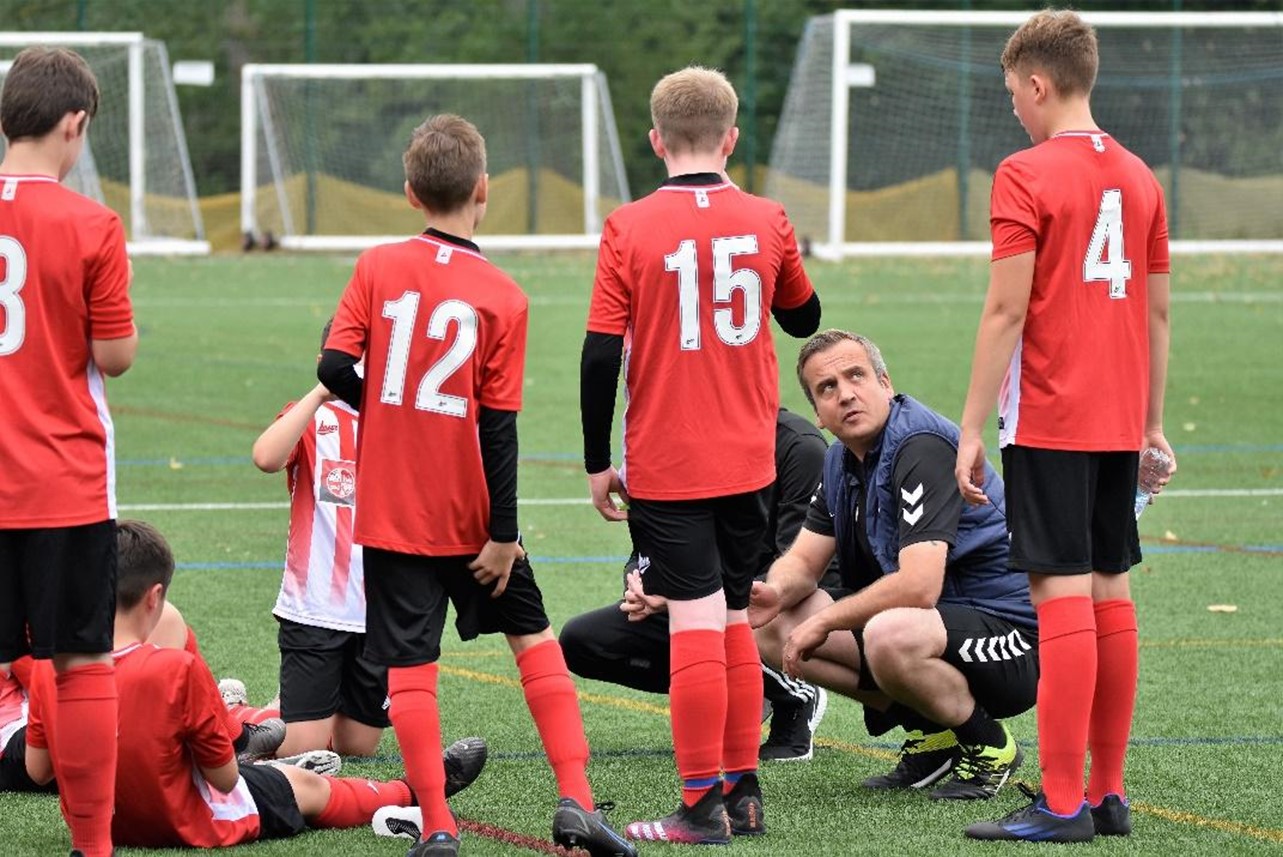 Guisborough Town’s recently appointed new Chairman Andy Willis has spoken of his great pride and sincere appreciation for everyone and everything that have combined to create a truly bright future for the KGV-based Club.

Andy said that despite the difficulties faced by all over the world in the last two years Guisborough Town Football Club had striven unwaveringly to create a positive and optimistic outlook for the future.

“There have been many reasons to smile in the face of recent often Covid-related adversities, with our club continuing to enjoy success both on and off the pitch,” declared Andy.

He proudly listed many of the highlights especially over the past 12 months, including the club’s men’s first team reaching the Final of the North Riding Senior Cup along with the continued growth and success of Guisborough’s fantastic women’s and junior sections.

And Andy continued: “Off the pitch, visitors to the KGV Stadium will have noticed our brilliant new floodlights as well as the wonderful improvements we have made to the KGV Clubhouse bar and Priory Function Suite, which have all been part of our KGV ambitious new development plans.

“Investing in satellite TV was also a bold commitment by the club which we hope has made visits to the KGV more enjoyable. But it doesn’t all end there because we will continue to work hard on improving the club’s ground and facilities over the coming months and years,” continued Andy.

And he made special mention of the highly committed army of volunteers and staff at the club who work tirelessly behind the scenes season in and out.

“I must say a huge thank you to all these incredibly hard-working people who do amazing work in and around the ground plus all the coaches and helpers involved with all our many teams at the club. Without you all it simply wouldn’t be possible to do everything that we achieve so brilliantly well,” said Andy.

Turning to the many companies and individuals who support the club with sponsorship, Andy continued: “Sponsors are vital to any football club, so I would like to take this opportunity to express the club’s gratitude to each and every one of you.

“To pledge your support not only financially but by attending our matches has been overwhelming, given the difficult financial times many of you have experienced recently. Some of you have been with us for years, others have joined us more recently but overall your terrific support has helped us in turn to grow commercially and we really do greatly value the strong partnerships we have with each and every business.

Last but certainly by no means least Andy turned to magnificent fan support the club has enjoyed over the past season.

He went on: “Like most clubs we have had to adjust to a new way of operating and whilst on the whole we are pleased at how well we have adapted, there is one thing that has remained constant and irreplaceable…and that’s our supporters.

“To see the fans – old and new – back in the ground this season and in significantly increased numbers has truly been humbling. You really have given everyone a lift around the place and helped to make all the hard work and sleepless nights totally worth it.

“Thank you so much to everyone and we look forward to seeing you soon when the new season starts in little over two months’ time,” concluded Andy.