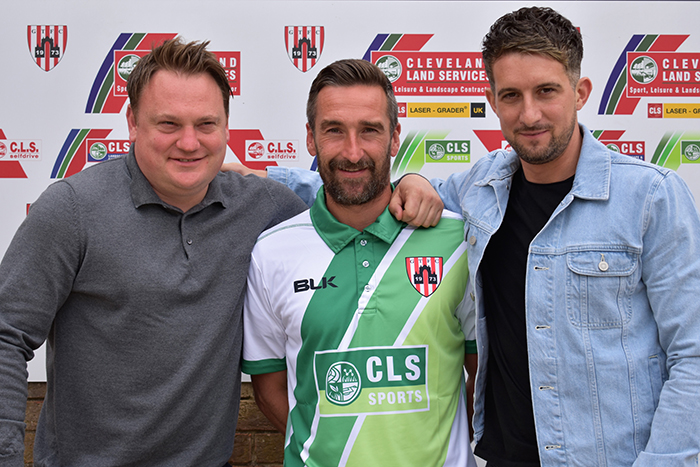 Guisborough Town Manager Gary Forster has moved quickly to secure the signatures of midfielder and fans’ Player of the Year Mark Robinson, striker Mason McNeill and defender and Dylan McAvoy.

Guisborough-born Robinson, 37, made 42 appearances and scored 11 times for the Priorymen last season on his way to winning the 2018/19 season Supports Player of the Year award.

And another one of last seasons top performers, Mason McNeill, who won Players’ Player of the Year for his efforts was rewarded with a contract in order to secure his services despite interest from several other Northern League clubs.

Left back Dylan McAvoy, who was also subject of interest from elsewhere, also signed a new deal to keep him at the Club for a four season.

The trio join winger Steven Roberts and striker Danny Earl, who had time existing on their current deals, in the squad for the 2019/20 season as Gary Forster looks to build on a mixed 18/19 campaign.

Christmas message from Guisborough Town
24/12/2020
Big GTFC Virtual Christmas Quiz Success
23/12/2020
Priorymen snap up ‘fantastic goalscorer’ Adam Preston from Redcar Athletic
13/12/2020
Guisborough’s new management team sign four new players from former club Synners
21/11/2020
We use cookies to ensure that we give you the best experience on our website. If you continue to use this site we will assume that you are happy with it.OkNoPrivacy policy