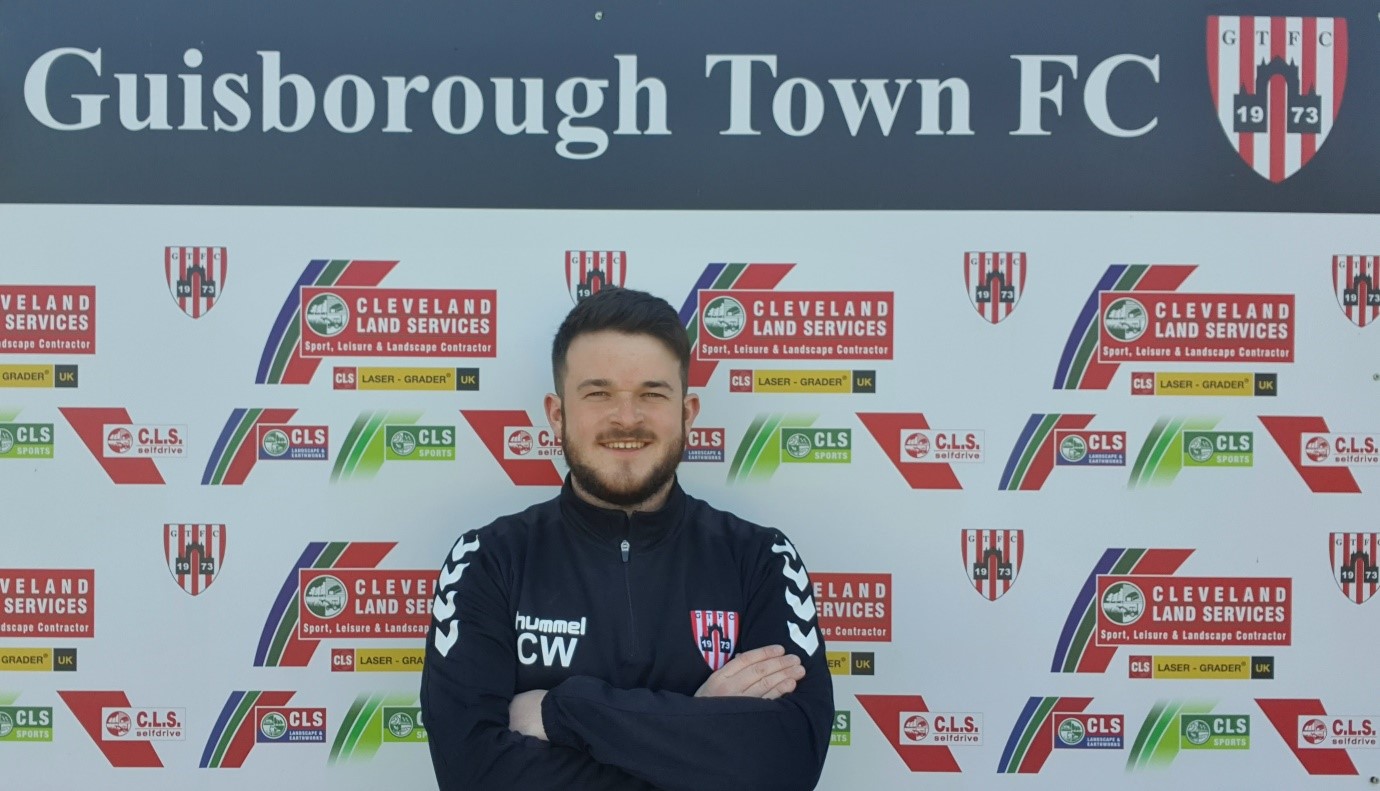 Guisborough Town has made one of its most important ‘signings’ ever – with the appointment of one of its most dedicated and hugely popular volunteers, Chris Wood (pictured above), as the club’s new General Manager.

Chris is extremely well-known and respected at the KGV Stadium for his unstinting commitment in many areas of the club, particularly the development of the Guisborough Town’s thriving junior section.

Chris’s whole family have been heavily involved in Guisborough Town over many years and in his own words Chris commented: “I can’t wait to get started on this massively exciting new opportunity for me.”

Guisborough Town Chairman Don Cowan said: “We have carefully selected the best person for this exciting and vitally important new role within the club and we are extremely proud to confirm that Chris Wood will be taking up this new position of General Manager with effect from 1 June 2021.

“For many years now, but particularly over the past two or three years, the club’s highly-valued group of volunteers have worked tirelessly to ensure the foundations of Guisborough Town are strong and enduring.

“The appointment of Chris underlines the club’s over-riding intent of making football at the KGV available across the whole spectrum of the Guisborough and district community, in line with the club’s ambition of becoming a valued and integral part of our town,” continued Don.

To that end, Guisborough Town currently has a thriving Junior Section with no fewer than 300 junior players under its umbrella, with 15 boys’ teams ranging from Under-7 through to Under-16 and six girls’ teams from Under-11 to Under-16.

In addition, there is an Under-18 boys’ team and a ladies’ team, both of which are enjoying enormous success. Chris has been a driving force behind much of the achievements made in his role as Head of the club’s Junior Section over recent seasons.

A strategic goal of developing all this young talent is to help the club’s bright young players to eventually progress right through to the Guisborough Town First team, who are long established and highly respected in the EBAC Northern League Division One.

“With Chris’s drive, ambition and enthusiasm we are completely confident that we will further enhance the future availability of football for all from the grass roots through to semi-professional EBAC Northern League Division One standard,” added Don.

“We are really excited about this appointment,” continued Don. “Our Club is built on solid foundations and Chris will undoubtedly help drive forward our development as a progressive club in whatever leagues we compete in.”

Chris is aged 23 and currently Behaviour Support Lead at Laurence Jackson School, Guisborough. His role will encompass many aspects of running the football club including day to day operations, overseeing and managing the clubhouse activities and driving forward the club’s plans for outside pitches at the KGV.

Chris added: “This is a dream opportunity for me and I’m just itching to get started. There are so many challenges to tackle to ensure this great football club of ours realises its full potential as a genuine community focussed and fully inclusive operation.”