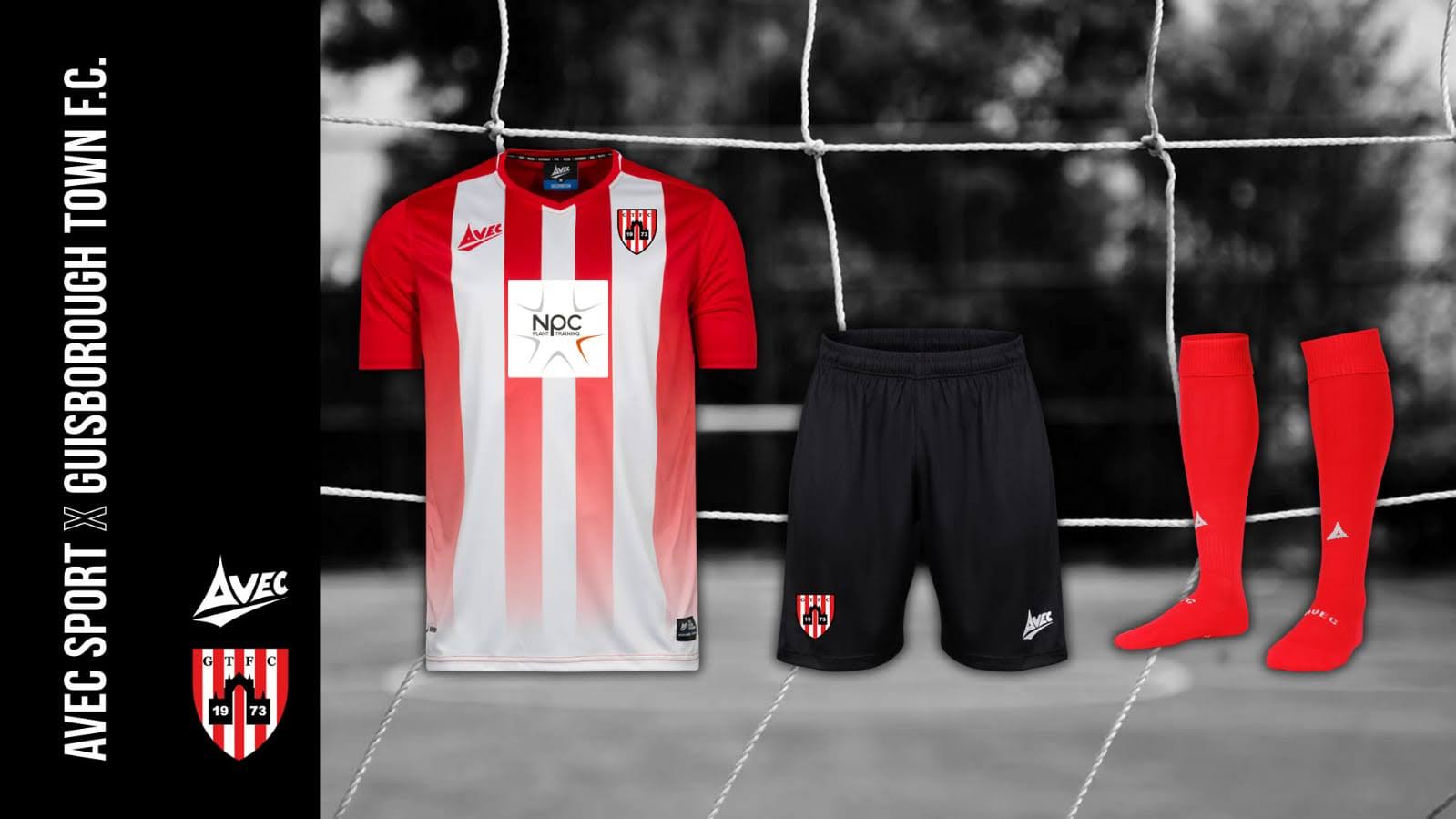 Guisborough Town have unveiled their exciting new first team strip for next season in an eye-catching design supplied by well-known sportswear company Avec.

Guisborough Town’s new General Manager-designate Chris Wood said he was delighted with the new shirt, shorts and socks design that Avec have produced.

I’m sure this very attractive new strip will become a big favourite with both our players and supporters alike. I am confident we will have one of the best-dressed first teams in the entire Ebac Northern League. We can’t wait to see our first team players take the field in our eye-catching kit when the new 2021/22 season starts from 31 July.

It won’t be just the Guisborough First Team Players who will be parading in the smart new kit – it will be worn by all teams across the club!

Avec have previously worked with Northern League clubs like Hebburn and Stockton Town to supply their team kits and for over 20 years have supplied premium football kits to professional clubs including teams from the Premier League and the Football League.

Avec places particular importance on grass roots football and the role it plays in the development of stars of the future and Avec understands the need to offer a level of service and quality of product that is parallel to the professional game.

We are delighted to become the new official kit and training wear provider for Guisborough Town FC, and are confident the kit and training wear will be a big hit with fans and players alike within the club. We are looking forward to working with the club on what will hopefully be a successful period both on and off the pitch for the Prioymen.