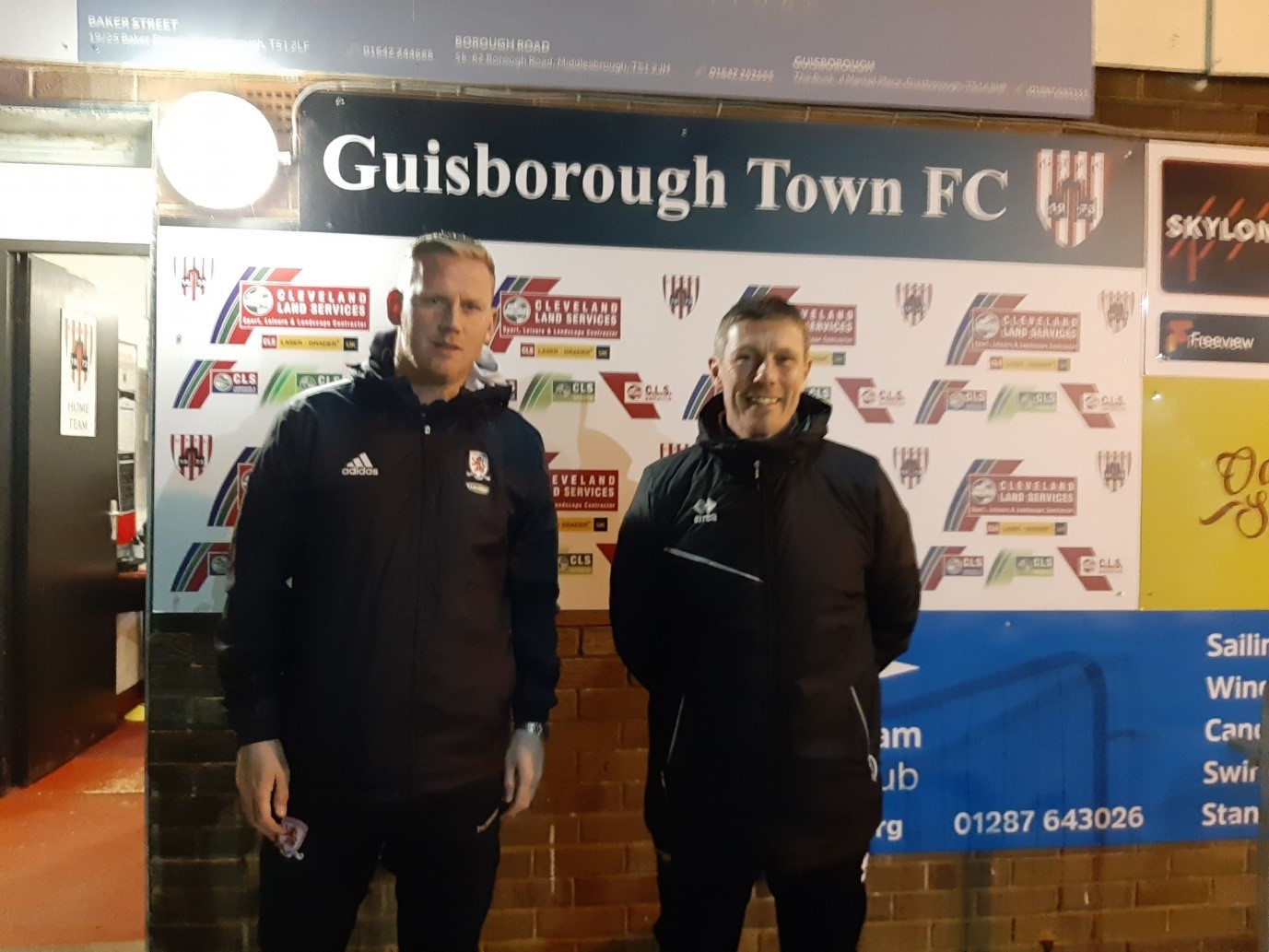 With the Guisborough players looking on Don said he was delighted to have new Manager Steve Bell (pictured above, right) and Assistant Manager Paul Crager (pictured above, left) on board with the Priorymen.

“I’m confident that we now have a bright future ahead of us here at Guisborough Town. It’s not just about taking the club forward but also about enjoying developing a new relationship between all of us,” said Don.

Steve replied: “Paul and I are over the moon to be here at Guisborough Town and we look forward to discussing our plans for the future with the players later.”

Steve actually played for Guisborough Town on a number of occasions in the early 2000’s and he commented: “It’s a slightly strange feeling to be back here after all these years but it’s a good feeling and Paul and I are looking forward very much to getting started in our new roles.”