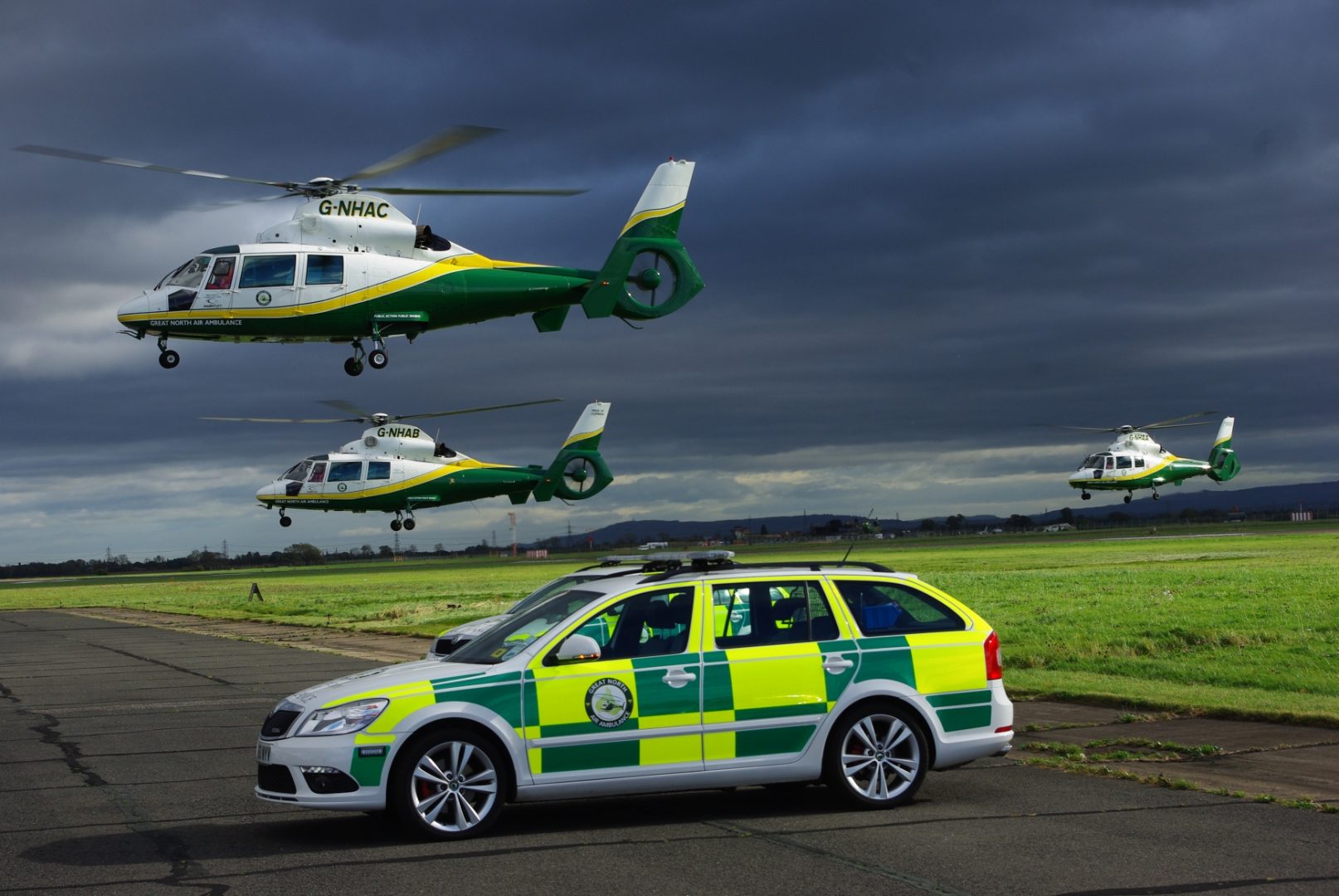 Guisborough Town presented the Great North Air Ambulance (GNAA) with a cheque for £2,000 this week – the proceeds from a highly successful charity concert held at the KGV Priory Suite last month.

The event, featuring top Teesside band The Cadillacs, was the first major fund-raising initiative Guisborough Town had organised since Lockdown – and the club was absolutely delighted with the bumper turn-out and the very healthy sum raised.

Some £1,800 was raised on the night from the various fund-raising activities including raffles and a tombola. As a further gesture of goodwill, Guisborough Town FC topped the final amount up to the £2,000 mark.

Guisborough Town Club President Don Robinson was particularly delighted with the money raised as he was a key driving force behind the event with the GNAA one of his favourite charities.

Guisborough Town’s recently-appointed Chairman, Andy Willis, commented: “We were delighted to hold this event to raise much-needed cash for the GNAA. They are a superb charitable organisation which provides a vital life-saving service for potentially the whole community in the Teesside region and wider.

“As such, helping organisations like the GNAA underscores Guisborough Town’s commitment to supporting and becoming even more closely involved with our local community,” added Andy.

Officials and members of Guisborough Town Football Club present a bumper cheque for £2,000 to officials of the Great North Air Ambulance