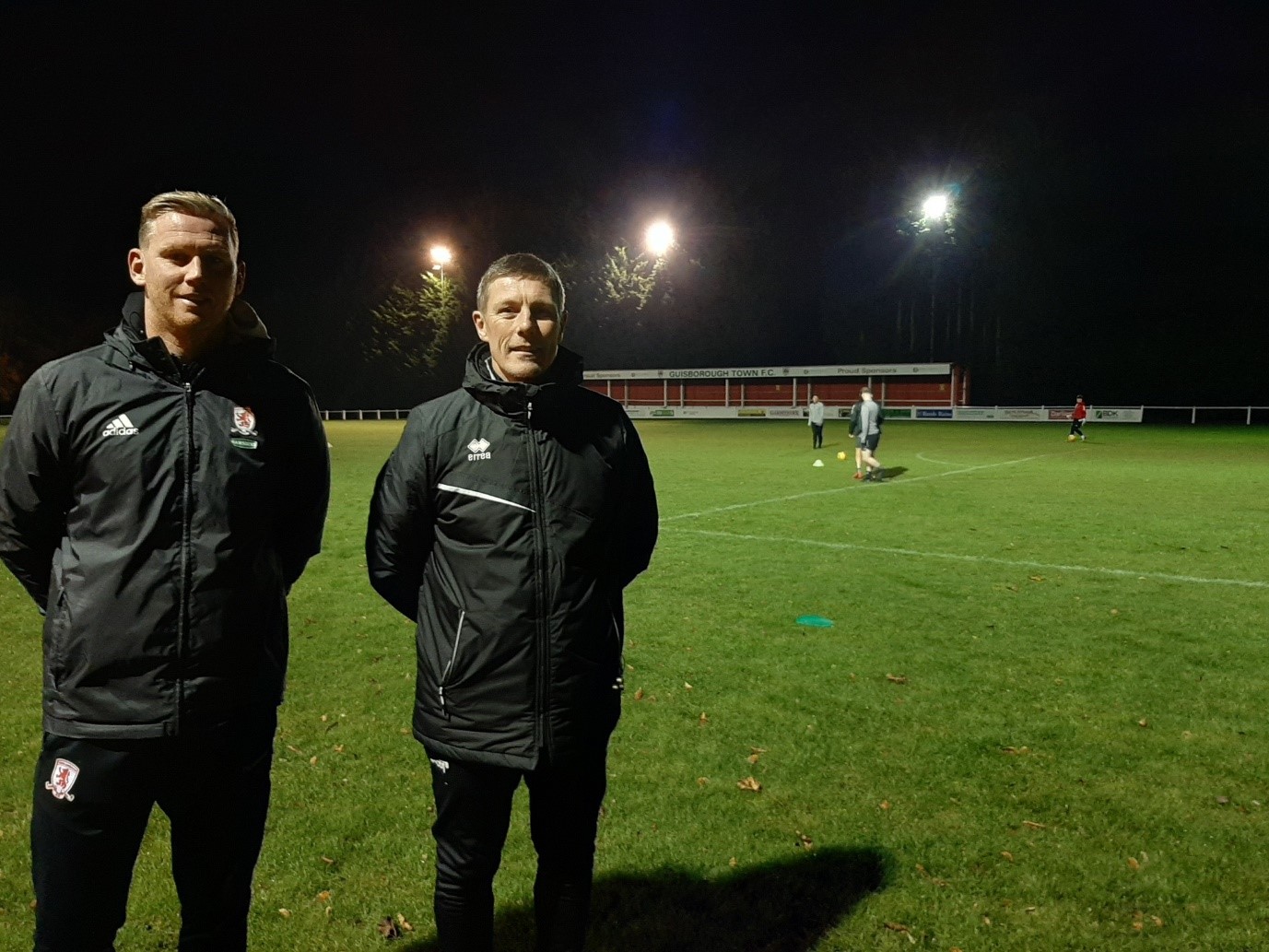 Although the pair were appointed over four months ago in November 2020, due to the lockdown they have actually only taken charge of ONE full competitive match – the FA Vase home defeat against a strong Liversedge side back in December!

So it has been a hugely frustrating few months since then with no football due to cancellation of the season because of the Covid-9 pandemic – and now Steve and Paul are raring to get going again as soon as circumstances permit.

Steve commented:  “To say it’s been a difficult and frustrating time for everyone since the latest lockdown is a complete understatement and although it is very disappointing that the current season has finally been declared null and void, this is something both myself and my assistant manager Paul totally support.

“As a management team, we have both made a conscious decision to switch off from the day to day running of the team until we had something tangible to work towards.

“We are both absolutely itching to get stuck into the job again but we want do it when the time is right and safe to do so from the point of view of our supporters and when important facilities such as the café and club bar are able to re-open to create a proper footballing and community atmosphere.

“As much as we all love the actual football, along with most people I miss the social side just as much.

“There are definitely more important things in life than football and I hope that when I’m moaning a year on from now about a long away trip somewhere on a cold, wet Wednesday night – with half the team injured! – that we can look back and appreciate just how difficult it was like without any actual football,” added Steve.

Since he took over the managerial reins at the KGV Stadium, Steve has made a total of five new signings – but clearly has only had the one game against Liversedge to be able to assess his new charges.

On the possibility of further new signings he commented:  “It’s still too early right now for any more player recruitment for next season.

“However, the five players we have brought in are fantastic signings for the club – and we won’t be stopping there.

“Hopefully, we can get some specific dates soon about what’s happening for next season and once we do we can really get cracking again,” added Steve.