Gutsy Guisborough Town could count themselves unfortunate to go down 2-4 to high-flying North Shields at a windswept KGV Stadium on Wednesday, a scoreline which ultimately somewhat flattered the visitors.

In a hugely entertaining, high-tempo first half the Priorymen were decidedly the better of two very good teams and had a golden chance to go in 2-1 up at half-time.

It came when Joe Ferguson burst through on goal but took a split second too long to work the ball on to his favoured left peg instead of trying his luck with his weaker right foot and his shot was blocked to leave the score all square at 1-1 as the half-time whistle blew.

Guisborough had earlier fallen behind 0-1 in the 26th minute when a pile-driver of a 25-yard free kick by Shields right back Andrew Cartwright drew a terrific diving save from Guisborough goalkeeper Aaron Steavens but his parry landed at the feet of Shields centre-forward Dan Wilson who swept the ball home. So tough on Steavens and Guisborough!

Seven minutes later Shields almost doubled their lead when a fierce shot cannoned off the Guisborough upright and from the rebound another hard-hit shot was deflected over the bar by the hard-pressed Guisborough defence.

But in the 35th minute the Priorymen drew deservedly level with a superb individual goal by Mason McNeill who cut in dangerously from the right and hit a terrific left foot shot which arrowed into the far left corner just beyond the reach of Shields ‘keeper Greg Purvis. It was nothing less than Guisborough’s enterprising play fully merited.

After the agony of Ferguson’s missed chance just before the break, the North Shields ‘Robins’ gradually gained the upper hand in the second half and eventually proved just too strong for the Priorymen with three more goals from Ryan Carr (72 mins and 74 mins) and Callum Smith (86 mins).

Guisborough centre forward Sonni Coleman did pull one back for Guisborough a minute from the end of normal time with a header from a corner, but it was just a small consolation in the end as Shields ran out 2-4 winners to climb into second place in the table while the Priorymen slipped to 13th.

‘Ran Out of Steam’

After the game Guisborough Manager Gary Forster commented: “We played some of our best football of the season so far in the first half but as the second half progressed we eventually ran out of steam.

“Overall, I thought we were second best so no complaints from us. But with a little more luck on our side it could have swung our way but it wasn’t to be.

“We need to bring one or two reinforcements in at the higher end of the pitch,” added Gary.

The crowd of 185 was pretty good considering the awful wet weather which never relented throughout the night.

Every single player in both teams deserves a medal for serving up such an entertaining, totally competitive and skilful display on such a dreadful night weather-wise.

Talking of medals the referee Mr Christopher Ellis certainly deserved one for staying on the pitch for around an hour’s play as he had picked up a bad calf injury in the first half. He was clearly in great discomfort and eventually had to leave the field to be replaced by one of his Assistants. Mr Ellis got a well-deserved round of applause from both sets of supporters – not often that happens on a football field!

That left a linesman short but Guisborough Town’s Head of Juniors Chris Wood, a qualified referee himself, stepped into the breach and ran one of the lines for the last half hour and never put a foot wrong, despite what must have been awful conditions for him to officiate in. Top marks to Chris!

Thanks also to representative of the two sponsors for the evening for braving the awful elements – Eston Autos Ltd (Match Sponsor) and DiRectory, Guisborough’s Community Directory (Match Ball Sponsor). 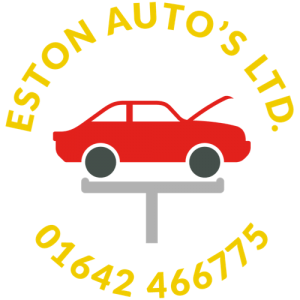