An all-round much improved performance earned Guisborough Town a thoroughly deserved 2-0 first victory of the new Northern League season over Sunderland RCA at the KGV on Wednesday night.

Two goals in either half from Guisborough’s hard-working centre forward Louis Johnson were enough to seal a fully merited win and, more importantly, the first points on the board for the impressive Priorymen.

Every single player in this super-fit young Guisborough team played their part in overcoming a Sunderland RCA side who at times were made to look pretty ordinary by the determined, lively Priorymen.

After the game Guisborough Manager Steve Bell, cut a much happier figure compared to his disappointment following defeat in the first match of the season against Bishop Auckland four days earlier.

I am absolutely delighted with the performance by the boys tonight. There were significant improvements in all areas of our game tonight and I was particularly impressed with the tenacity and fitness of what essentially is a very young side, with the average age being only around the 23/24 mark.

But for our veteran ‘keeper Robbie Dean that average age would have been in the late teens! joked Steve.

We now travel across the Pennines on Saturday for a hugely important FA Cup qualifier with renewed confidence and optimism.

Right from the whistle the Priorymen made a positive start as if they were intent on making amends for that disappointing opening game against Bishop Auckland.

But after the bright beginning Guisborough conceded a penalty after only eight minutes when an RCA player was tripped just inside the left corner of the penalty area. However, up stepped RCA defender Micky Coughlan to hit a poor spot kick well wide of the left post.

Guisborough were dealt a blow just before the half hour mark when the lively attacking midfielder Brad Plant had to limp off.

But in the 34th minute the Priorymen scored their first league goal of the season when they themselves were awarded a penalty following a scything tackle and Guisborough striker Louis Johnson made no mistake with his spot kick rifling it high into the roof of the RCA net for 1-0 to the home side going into half-time.

After the break Guisborough continued to put pressure on the RCA goal and Johnson almost got his second in the 51st minute but his shot went just wide of the post.

But in the 65th minute the Priorymen doubled their lead when some great work on the right by Lewis Green ended in Man of the Match Johnson squeezing in Green’s low cross just inside the RCA near post for 2-0 to Guisborough.

Fourteen minutes later and it could have been 3-0 to the Priorymen but JJ Bartliff’s fierce shot across goal clipped the far post and went clear.

But Johnson’s brace of goals was enough to see Guisborough comfortably home and three priceless points in the bag.

There were excellent performances throughout the Guisborough team from a mainly young side who showed maturity beyond their years.

While Johnson deservedly won the Man of the Match award sponsored by Reeds Rains there were many other eye-catching displays throughout the Guisborough team, notably the fine defensive back line of Gary Redman, Lucas Bell, James Dillon and Nick Hood while behind them goalkeeper Robbie Dean made some fine stops, showing great agility at times.

In midfield, skipper Bartliff, Harry Ord and Green shone while up front apart from the excellent and hard-working Johnson James Rowe and Brad Plant also shone. Three Guisborough subs were used – George Waites, Layton Watts and Luke Smithyman and they all slotted in well and played their parts in a great all-round team performance.

Another healthy crowd of 300 was in attendance and the Priorymen now look towards this coming Saturday, 7 August when they travel to Cumbria to play improving Penrith in the Extra Preliminary Round of the Emirates FA Cup.

A team and supporters’ coach is making the trip with a 10.30 start from the KGV with bargain prices of £10 for adults and £5 for children. 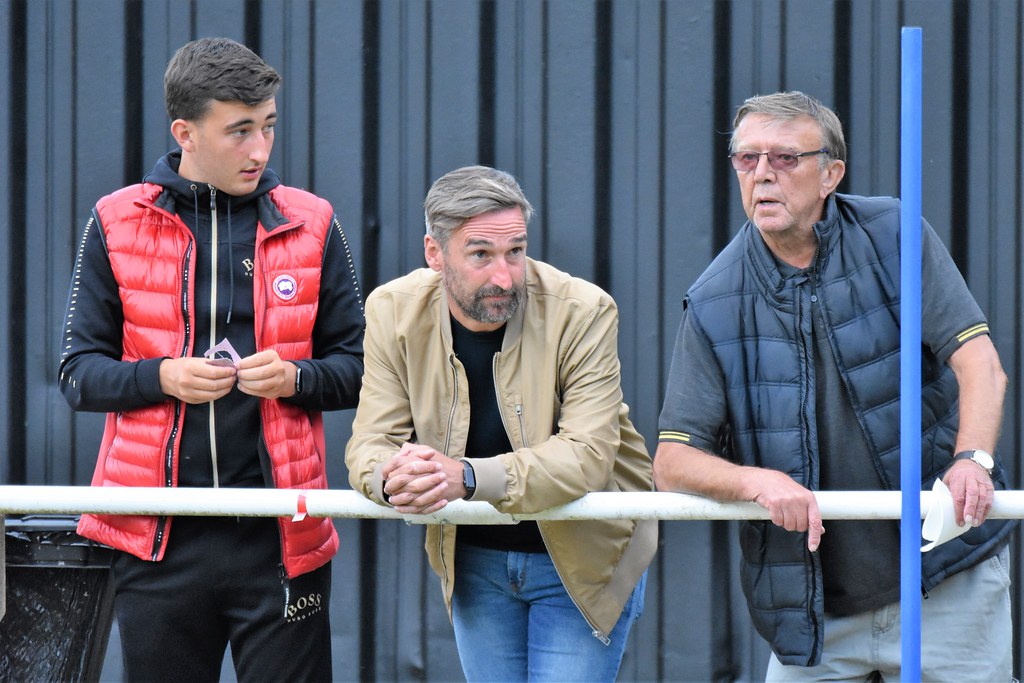