A virtually full-strength Guisborough Town side ran out convincing 3-1 winners at Crook Town on Saturday with striker Steve Roberts bang on the spot with probably the easiest hat-trick he will ever score.

Amazingly, the Priorymen were awarded THREE penalties in the game, something rarely seen at any level of football.

Guisborough actually missed the first penalty they were awarded after only five minutes when Roberts was brought down in the Crook box but Louis Johnson’s weak spot kick was easily saved by Crook ‘keeper Aaron Skelton.

But minutes later on 13 Guisborough were awarded a second penalty – much to the ire of the noisy partisan Crook crowd of 265 – when Ben Jackson was clearly fouled in the penalty area and this time up stepped Roberts to make no mistake from the spot to make it 1-0 to the Priorymen.

For the rest of the half Guisborough were in almost total control and the best effort Crook could muster was a long-range cross shot which Guisborough goalkeeper Robert Dean dived at full stretch to palm clear.
However, the second half was barely two minutes old when Crook pulled level when a free kick out on the left was headed home clinically by Mason Hurworth for 1-1.

But in the 58th minute Guisborough regained the lead when centre forward Johnson went sprawling in the Crook box and once again Steve Roberts kept a cool head and slotted home easily from the spot for 2-1.

In the aftermath of the penalty being awarded Crook defender Tom Gavin was sin-binned for 10 minutes for dissent over the decision.

The goal put Guisborough in confident mood and they proceeded to completely dominate the match and in the 80th minute the Priorymen put the seal on a well-deserved victory with by far the best goal of the match.

A sweeping move down the left flank led by Lucas Bell ended with Bell feeding the ball to Johnson in the centre and he in turn threaded the ball through to the lurking Roberts who drove the ball home sweetly under the diving Crook ‘keeper Skelton. It was a superb three-man move and a fitting climax to Guisborough’s well-earned win.

Another bright spot from the game was the debut of young Darlington loanee Joey Hope, who impressed pressing down the left flank and demonstrated that he should be a good asset for Guisborough for the months to come.

Over the game I think this was definitely a well-deserved win today in a game we largely dominated. Young Joey gave us a nice balance with his skilful left-footed play and we went in at half-time deservedly ahead 1-0. We started slow in the second half and Crook’s early equaliser put us on the back foot for 20 minutes or so.

But to be fair the lads weathered the storm well and with our regular forwards back on the pitch after injury and suspension, their quality shone through. Although we earned three penalties today I thought they were all nailed on and in the end the 3-1 result to us was about right.

Like I commented last week after the Thornaby defeat, it makes a huge difference when our best players are out on the pitch.

Guisborough have no midweek game next week and their next game is this coming Saturday, 2 October is a tough trip to early league leaders Consett. 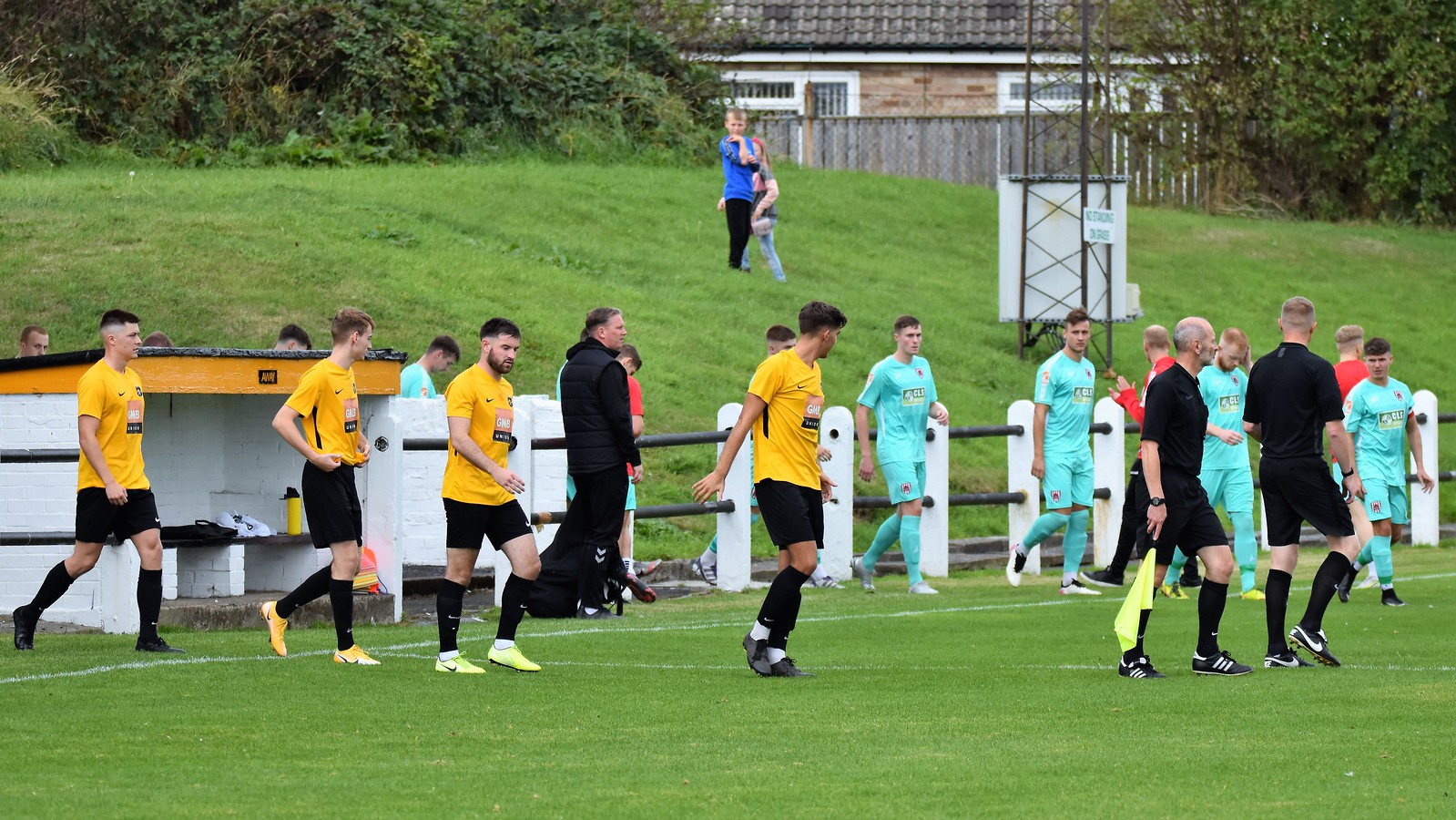