A well-deserved victory for Guisborough Town saw them progress to the next round of the FA Cup at the expense of their hosts Penrith on Saturday.

The game initially got off to a slow start, with some less than attractive football being played by both sides.

The earliest chance of the game came for Guisborough, when Ben Jackson fired over the bar eight minutes into the game.

Shortly afterwards, at the other end of the pitch, Guisborough ‘keeper Robbie Dean prevented Penrith from opening the scoring with a quality one-on-one save.

In the 21st minute, Guisborough were forced into an early substitution, with Lucas Bell being replaced by Gary Redman.

Robbie Dean was once again Guisborough’s saviour towards the end of the first half, as he produced another point-blank save to keep the scores level going into half time. One of the biggest clichés in football is that it’s a game of two halves – but this could not have been truer of this game, when Guisborough came back out of the tunnel into the pouring rain.

The Priorymen came flying out of the blocks and it was summer signing Brad Plant who opened the scoring after cleverly rounding the Penrith goalkeeper and slotting home in the 47th minute for 1-0 to Guisborough.

Guisborough’s lead was soon doubled just five minutes later, when Louis Johnson was taken down in the box, and he converted his second spot kick in two games to give the Priorymen a comfortable 2-0 lead with about 40 minutes left to play.

Shortly after the hour mark, after a clash with the Penrith goalkeeper, Louis Johnson was forced off to be replaced by Luke Smithyman, but not without receiving a rapturous applause from the travelling Guisborough fans.

Brad Plant almost added his second and Guisborough’s third of the game on the 73rd minute, but for a goal-line clearance from a Penrith defender and then a one-on-one save from the Penrith goalkeeper.

Two minutes later, Steve Roberts was called on from the bench to replace Ben Jackson, and hit a shot just wide of the Penrith post shortly after coming on.

Guisborough almost managed to keep a clean sheet, until Penrith’s Connor Shields broke through the Priorymen’s defence and slotted home for the hosts on the 84th minute. However, Guisborough managed to hold out until the end and defender Nick Hood took one for the team by bravely sticking his head where it hurts, and being rewarded with a boot to the face for his efforts. But his bravery ensured the Priorymen came away with a deserved 2-1 victory.

Guisborough Manager Steve Bell was impressed by his side’s resilience after a below- par first half:

“I started the game by telling them to continue on from Wednesday night against Sunderland RCA, and to do exactly what we did in that game.

“But in the first half they did the exact opposite of that. It was, slow, methodical and flat. I felt that at times we were trying to be a five-a-side team. We were really poor.

“I really got into them at half time, gave them a few home truths and to the players’ credit, they took it on the chin. Sometimes when you give players real honesty, they don’t like it, but these lads agreed with everything that was said.

“We came out in the second half and absolutely dominated the game of football, and to be honest, the game should have been out of sight for us before they got their goal back with six minutes to go.

“We missed about three one-on-ones in the second half, and I think it got too easy for us! But at the end of the day, nobody can watch that game and think that we didn’t deserve to win it. If anything, 2-1 flatters Penrith,” added Steve.

Guisborough Town face the daunting task of meeting North Shields in the next round of the FA Cup, while the next home game is at the KGV Stadium on Wednesday, 11 August against Ashington (KO 7.45pm). 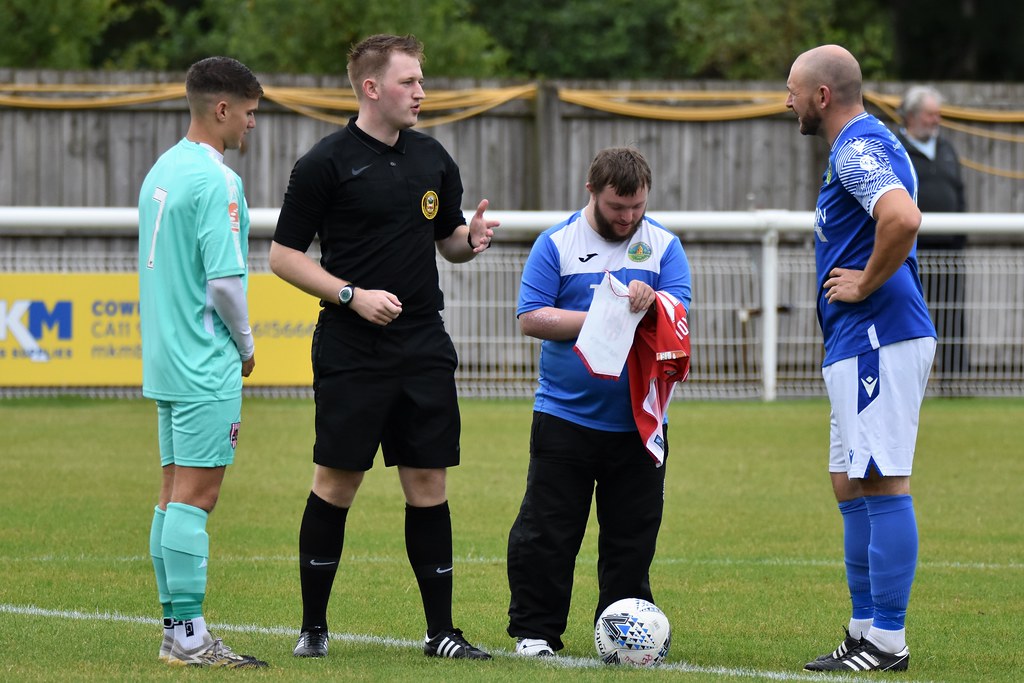