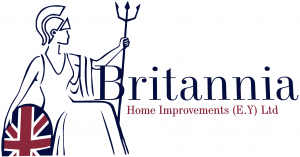 Guisborough could only manage a point against the league leaders this afternoon after drawing 2-2.

The first half did not start well for Guisborough as Athletic went ahead within the first 10 minutes with a soft goal. The away teams’ heads did not drop though, and plenty of chances were created down the wings but unfortunately for Guisborough, Athletic defended strongly and smothered out any attempt on target. The rest of the half finished with both teams battling equally, Guisborough had to step up in the second if they were to get anything from the game.

Guisborough started the half quickly and when the ball was won by Emma Walton down the right wing, she quickly played the ball in-front of Mary Barnard who calmly slotted it past the keeper. Game on. Not long after, Grace Manders found the ball at her feet in central midfield and played it over the heads of Athletics defence. Redcar’s keeper came to meet the bouncing ball but Guisborough player, Louise Skiba, managed to get to it before her and headed it into the empty net.

Redcar responded to Guisborough’s lead by applying more pressure to the away defence who very nearly managed to hold them off till the final whistle, however, in the dying minutes of the game, a lapse in concentration allowed an Athletic striker through and she beat keeper, Sophie Mansfield with a fine strike. Guisborough pushed till full time but could not manage to get another goal.

Guisborough will feel disappointed with the draw however, Athletic are a very good team and deserved their point. Great performances from all over the pitch, especially Guisborough’s defence who performed outstandingly and should be proud of themselves. Player of the Match was awarded to Emma Walton for her tough shift on the wing today. Her grit and determination to win the ball created plenty of opportunities and the manager, Paul Hoskin, was very pleased with her performance. Well done Emma! Next week Guisborough are away again, this time to Redcar Town Reserves, please come along and support if you can!