Heroism is a word that is often over-used and over-exaggerated in football but it exactly the correct term to describe the performance of a Guisborough Town side reduced to nine men by the end of their incredible encounter with Newton Aycliffe at the KGV on Saturday.

The Priorymen played an astonishing all but 10 minutes of the 90 minutes’ play with 10 men after defender Harry Ord was shown the red card for allegedly handing the ball on the goal-line to keep out a shot from former Guisborough striker Sonni Coleman, now playing for Aycliffe.

And on top of that the Priorymen were down to nine men for the last few minutes of the game after striker Steve Roberts was also red carded for what looked like retaliation for a foul against him. But in a nervy ending to an incident-packed game while valiant Guisborough were relieved to prise a point from the game in actual fact overall they were the better side and carved out the best chances in the match.

I’m so proud of the lads and I’ve just told them to go out and celebrate tonight as if they’ve won 4-0 not drawn 0-0.

They were absolutely brilliant today and I’m over the moon with the performance throughout the team.

Every single player of ours was heroic out there and even though we were down to 10 men for most of the match then nine in the closing stages, it felt at the end like we’d pulled off a brilliant victory never mind drawing.

Apart from all out outfield players who were superb, I would also like to make special mention of our goalkeeper Robbie Dean, who as well as making some important saves was very influential in us managing our game, particularly in the second half.

The match itself got underway in controversial fashion when Guisborough defender Harry Ord was sent off after only 10 minutes when he was adjudged to have handled the ball on the goal-line from a shot by former Guisborough marksman Sonni Coleman.

The referee reached instantly for his pocket to produce a red card for Ord and awarded a penalty to Aycliffe, which Coleman took himself but put well wide, much to the delight of the Guisborough fans in another excellent crowd of 241.

Ord protested his innocence claiming, which some justification, that the ball had hit his chest – and his case was backed up even by several Aycliffe fans at half-time who had been watching near to the incident.

It’s a shame the referee didn’t take a moment or two more to consider his decision and perhaps reflect that awarded a penalty was punishment enough for poor Ord.

Despite being a man down Guisborough more than held their own for the rest of the first half and actually came closest to scoring when George Waites sliced a great shot from the edge of the area just too high and wide.

Two minutes before half-time Guisborough had a shout for a penalty themselves when winger Steve Roberts was very riskily challenged three times in the Aycliffe penalty area but Roberts’ appeals were waved aside.

Just before half-time Aycliffe came close with a low shot heading for the bottom corner but Guisborough ‘keeper Robert Dean got down well to save.
In the second half the superb Guisborough defensive back line of Nick Hood, James Dillon, George Redman and Lucas Bell held firm with midfielders Callum Martin, George Waites and Lewis Green working their socks off to make up for Guisborough’s one-man man deficit.

Up front Louis Johnson, back from injury, and Steve Roberts both worked tirelessly to help relieve the pressure on their team-mates behind them.

It was Roberts who had a great chance to put Guisborough ahead in the 74th minute when substitute Ben Jackson sent the wingman clear but Aycliffe ‘keeper Pickford raced off his line to block Roberts’ goal-bound shot. A real let off for the visitors.

But three minutes from time Guisborough were reduced to nine men when Roberts was red-carded after an altercation with an Aycliffe defender. Afterwards the Guisborough man claimed he had been fouled first by an Aycliffe player and was only protecting himself.

With time running out and the Guisborough crowd baying for the referee to blow for full-time, Aycliffe mounted one final attack in search of a winner but Guisborough ‘keeper Dean pulled off another brilliant save to give his side a memorable point from an incident-packed game.

Guisborough go again on Bank Holiday Monday, 30 August when they travel to North Yorkshire to meet Northallerton in the league, with an early 11am kick-off. 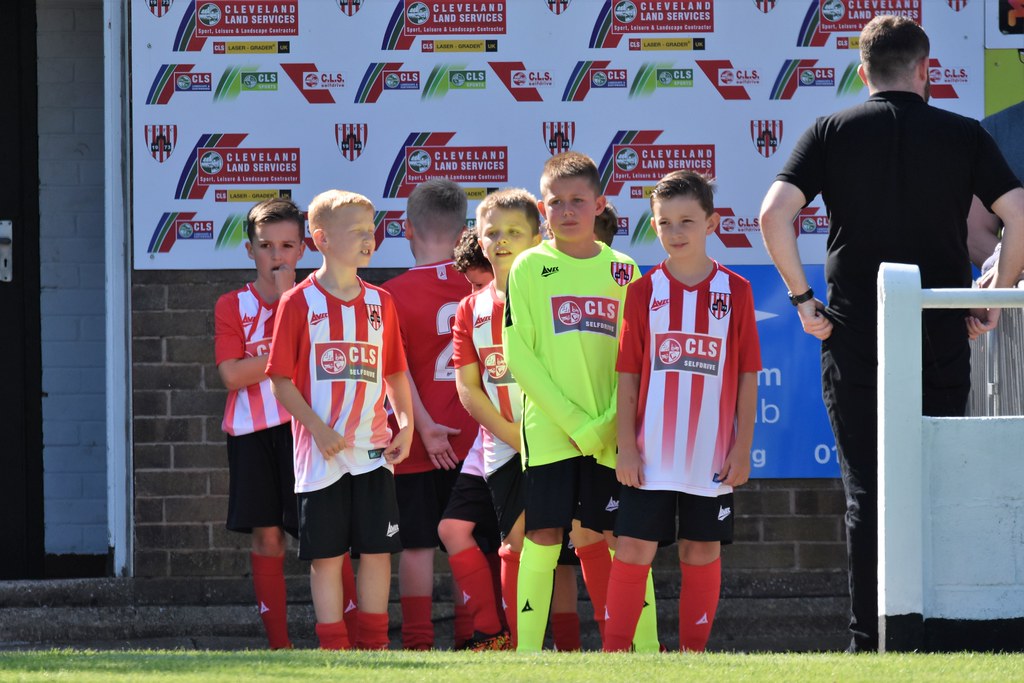