Guisborough Town Manager lavished praise on his veteran utility player Brian Close after the 38-year-old turned in a man-of-the-match performance including a goal which earned the Priorymen a precious point at the KGV on Wednesday.

“I love watching Bri play to be honest – he makes the game look so easy and he chips in with crucial goals just when we need them,” commented Gary afterwards.

The Guisborough goal came in the 50th minute when a high free kick into the Aycliffe penalty area bobbled about in the air before falling to close who swept the ball home from seven yards out into the corner of the net.

It broke the deadlock after a stalemate of a first half at the end of which recent new signing Matthew Garbutt came within a whisker of scoring with a blistering volley from 20 yards which looped just over the bar.

Then came Close’s goal five minutes after the restart which had our Social Media Editor Chester Olivier waxing lyrical with this description on Twitter: “It’s the man, the myth the legend Brian Close who puts us 1-0 up after a well-worked free kick and some head tennis in the box! Get in there Closey lad!”

Chester even managed to capture the goal on his mobile.

The unassuming Chester commented afterwards: “For some reason I decided to video the long free kick into the box that led to the goal and luckily I managed to capture the goal going in.”

The match really sprang to life after Close’s opener against one of his former sides, with play swinging like a pendulum from end to end and good chances falling to both sides as the game opened up.

Aycliffe – who have made an impressive unbeaten start to their league campaign – equalised in the 74th minute with as scrappy a goal as you’ll ever see as Liam Jarvie bundled the ball home from close range after an almighty scramble in the Guisborough goalmouth.

That Aycliffe leveller set up a grandstand finale of a final 15 minutes during which both sides went all out for a winner. Guisborough goalkeeper saved his side in the 78th minute when a superb diving save to push away a goal-bound shot from Aycliffe substitute Walton.

Guisborough poured forward in search of a winner in final few minutes with Garbutt having a shot saved and then another Guisborough sub and Assistant Manager Dave Onions seeing a shot blocked.

After such a fast and furious finale – which provided great entertainment to an excellent crowd of 203 – honours were even and overall was just about a fair reflection of the game.

Guisborough Manager Gary Forster added: “I was over the moon with a point to be honest because the amount of attack-minded players we have ruled out through injury at the moment means we are restricted on options when it comes to changing the course of a game.

“We also have a few lads who are playing through the pain barrier to help ensure we remain as competitive as possible.

“I think we have the makings of a really good side here and our terrific team spirit of togetherness has shone through in performances like the one tonight against Aycliffe.

“I thought Josh Rowbotham was superb out there tonight but Bri Close had to be my man-of-the-match,” added Gary.

Guisborough’s next match is this coming Saturday, 10 October when they travel to Northern Counties East side Silsden near Keighley in the FA Vase Second Qualifying Round (KO 3pm). 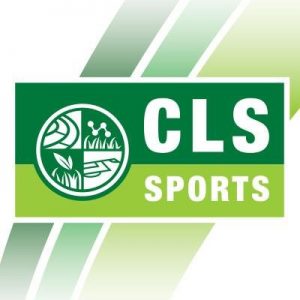 CLS Sports
We use cookies to ensure that we give you the best experience on our website. If you continue to use this site we will assume that you are happy with it.OkNoPrivacy policy