Guisborough Town made it six games without a defeat after drawing against Whitley Bay at the KGV Stadium on Saturday – but it was a somewhat lacklustre display compared to their scintillating 6-1 win at Ashington the previous weekend.

The Priorymen lacked the fluency and zip shown in recent games and in the end were hanging on for a draw against the Bay who fought back well after going behind just after half-time. In front of an excellent crowd of 456 – swelled another of Guisborough’s highly popular Junior Days – Guisborough started well and in fact made virtually all the running in the first half but without making the all-important break-through on the Whitley Bay goal.

The Priorymen were unlucky on more than one occasion as Whitley Bay got in two last-ditch blocks to prevent almost certain goals from shots by Sam Webster in the 15th minute and a real pile-driver from Shabs Mohammed on 40 minutes. Louis Johnson was causing problems for the Bay defence with some speedy runs and he went close in the 17th minute following a fine dribble into the box by Cole Kiernan who laid the ball off perfectly for Louis but his shot went a whisker wide of the post.

Guisborough were unlucky not to get their noses in front in the last five minutes of the first half as skipper JJ Bartliff played a clever free kick into the path of Mohammed who unleashed a fierce drive but a Bay defender blocked the goal-bound effort. Then a minute before the break Mohammed put a great corner over to the back post but Bartliff’s header went frustratingly wide.
Just three minutes into the second half the Priorymen finally got the goal they deserved just after Kiernan had gone mightily close to putting his side into a 47th minute lead when he forced a good save at the near post by the Bay ‘keeper.

A minute later though Guisborough deservedly went 1-0 up following a corner which Johnson rose high for but just missed connecting with the ball but it fell kindly to Bartliff who stroked the ball beautifully into the roof of the net from about 10 yards out. The goal was no less than the Priorymen deserved, having dominated play up to that point but frustratingly their lead last only 11 minutes as Whitley Bay equalised following a corner that wasn’t cleared and Bay striker Adam Shanks rifled home from close in.

After that boost of a goal Whitley Bay came much more into the game as Guisborough’s play became rather scrappy but nevertheless the Priorymen had a great chance to wrap up all three points following an almighty scramble in the visitors’ goalmouth on 76 minutes. As the ball came across from a corner Guisborough defender James Dillon climbed high to get in a good header which the Bay ‘keeper saved brilliantly and there ensued a frantic goalmouth melee with several Guisborough players getting in shots which were blocked agonisingly on the line by desperate Bay defending. Eventually the ball was cleared and the chances went begging.

After the game a disappointed Guisborough Manager Steve Bell commented:

Following all the plaudits the lads rightly received after that tremendous performance at Ashington last week, I’m disappointed that they didn’t continue in the same vein today.

We just couldn’t reproduce the same flowing football and devastating attacking play today. But I suppose on balance a draw was just about a fair result on the day and it keeps our unbeaten run going ahead of the big North Riding Senior Cup semi against Marske United at the KGV next Wednesday.

The match against Marske on Wednesday, 30 March will kick off at the KGV at the normal time of 7.45pm and Guisborough’s brand new floodlighting system will be used for the first time. Supporters are asked to get to the game early to avoid congestion at the turnstiles. 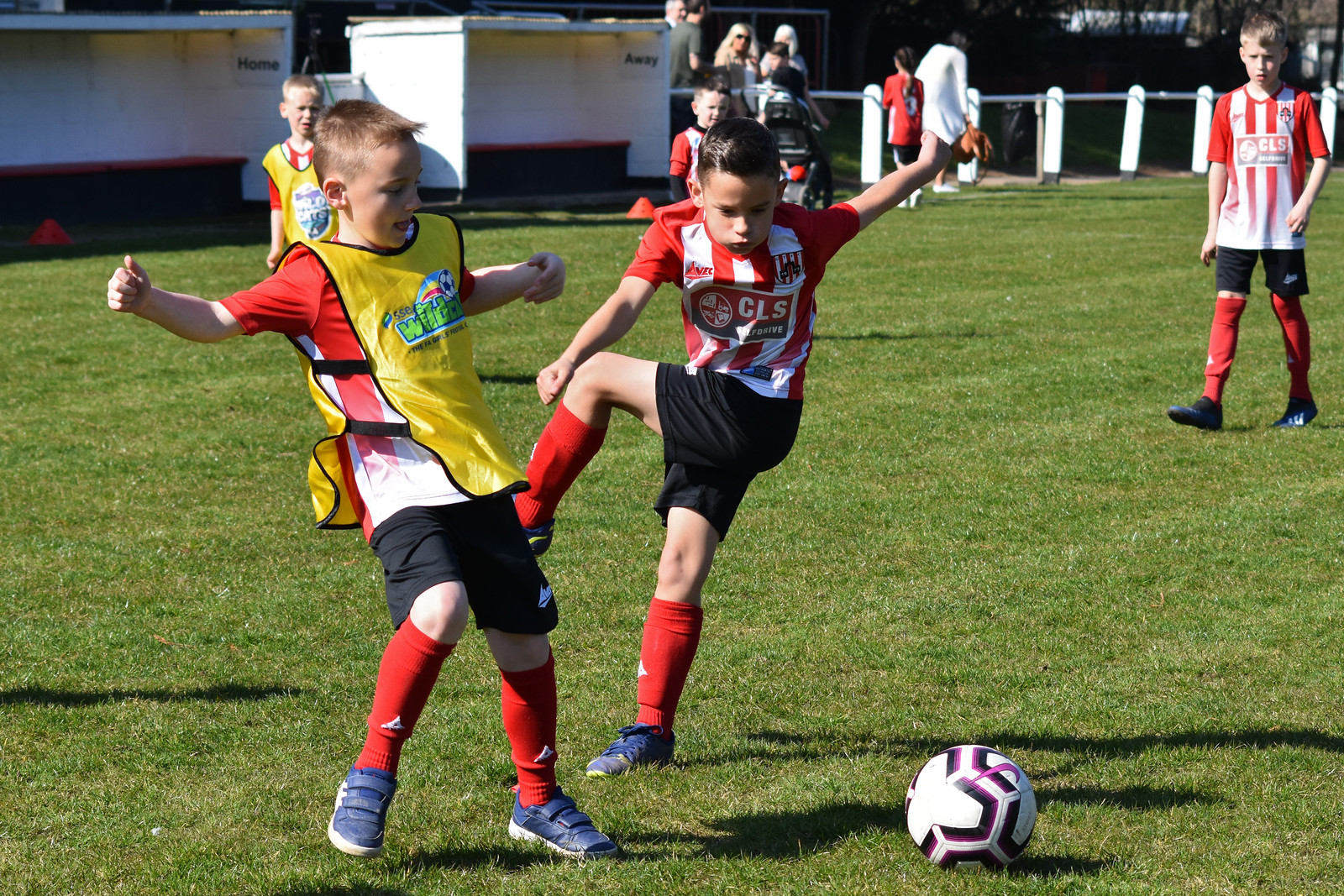