Guisborough Town Manager Steve Bell spoke of his “frustration” after seeing his side go down 4-2 at high-flying North Shields on Saturday.

After their rousing heroics against Marske in midweek, Steve felt too many of his players were well below par against Shields, particularly in the first half. Ironically, although the Priorymen went in level at 2-2 at half-time, they actually dominated the majority of the second half but Shields took their chances to win 4-2.

Overall, this was a frustrating day for us. I thought we were only about 60% of our normal selves for most of the first half and yet when we got to grips with what they were doing tactically we were still dangerous in attack and going in level at half-time was just about a fair reflection of play.

In the second half we actually improved as a team and I thought we controlled most of it really. I just felt we lacked an energy going forward though. The two goals we conceded in the second half to lose the game were sloppy and completely of our own doing.

We have to learn from this kind of game but good luck to North Shields who I think will go on to win our league…but I’m still left feeling frustrated.

Guisborough’s new signing from Consett, central defender Matthew Ridley, made his debut for the Priorymen but there was nothing he could do as North Shields took the lead in the 27th minute. Guisborough got caught out on the left and the ball was squared to Dan Wilson who slotted home for 1-0.

Undeterred, Guisborough equalised just three minutes later when Cole Kiernan latched on to a long kick upfield by his ‘keeper Robert Dean and Kiernan lifted the ball over the Shields ‘keeper Olly Marshall and into the empty net. Alas, just three minutes later Shields regained the lead with a great strike from left Chris McDonald who hit a fine shot into the far left corner after a mazy run to make it 2-1 to the home side. But four minutes before half-time Guisborough battled back to get on level terms again when Sam Webster cut in from the edge of the penalty area and played in Louis Johnson to hit the ball past Shields ‘keeper Marshall for 2-2.

After the break Shields regained the lead again with an excellent goal from Tom Bexton on 55 minutes who powered in a header following a Shields corner. And just two minutes later Shields surged into a 4-2 lead with a goal from Brad Hird who beat Dean with a great strike following a penetrating run by Cunningham for 3-2 to the home side. The Priorymen had strong shouts for a penalty in the 88th minute when Johnson appeared to be tripped but the referee must have been unsighted!

Then a minute later Johnson featured again when a shot from the outside of his boot was blocked and 4-2 was how the scoreline stayed to the final whistle, meaning an end to the Priorymen’s excellent seven-match unbeaten run. The biggest cheer of the afternoon came right at the end when the title-chasing Shields’ fans learned of the result at Penrith where the Cumbrian side had beaten current league leaders Consett 2-1. 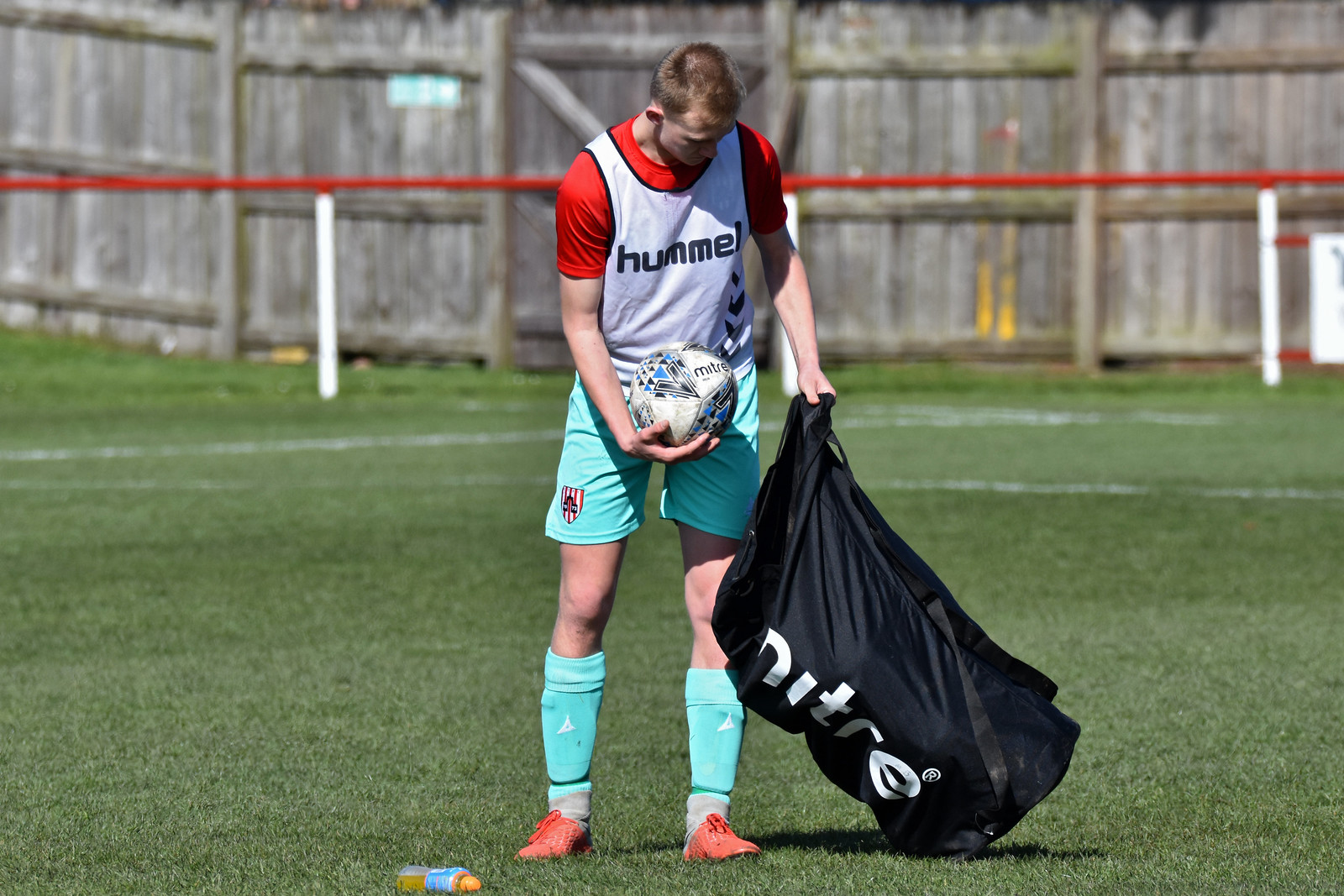