Guisborough Town pulled off a memorable victory over arch-rivals Marske United at the KGV Stadium last night to deservedly clinch a place in the final of the competition.
The only goal was a cracker, scored in the 78th minute by Guisborough midfielder Keelan Wright-Simpson who smashed home a glorious shot from the edge of the Marske penalty area into the roof of the net to spark wild celebrations among the home fans in a sizeable crowd of 626.

With heavy snow swirling around the KGV pitch, Keelan’s winner came during a 15-minute purple patch for the Priorymen as they tore apart Marske to make a mockery of the fact that their rivals play in a league higher than themselves.

After the game an elated Guisborough Manager Steve Bell reflected.

This has been a brilliant night for the club and me and my Assistant Manager Paul Crager couldn’t be more proud of the players. We were up against it right from the first whistle against an excellent Marske side who have demonstrated recently that they hardly ever lose football games.

I thought we rode our luck a little in the first half hour but then we started to settle into the game well. In the second half though I definitely believe we were the better side and I don’t think Marske can have any complaints about the final scoreline.

I’m just really happy for everyone at our Football Club – both the players and everyone behind the scenes who have worked tirelessly to push the club forward and tonight is a fitting reward for the sterling efforts of everyone connected to the club.

Guisborough rode their luck a little in the first half as Marske twice struck the woodwork in the 13th minute through Joe Wheatley and then on 24 minutes from Jack Blackford, Marske’s former Guisborough loanee. Both efforts were amazingly virtual carbon copies of each other! Earlier, Guisborough had gone close through the lively and hard-working Louis Johnson who made a lovely turn in the ninth minute but saw his shot go diagonally wide of Marske’s far left post. Johnson also went close ten minutes before half-time when he cleverly made room for himself in the Marske box but his shot was blocked.

Marske also went close for a third time when Matthew Tymon hit a fierce volley in the 26th minute but Guisborough keeper Robert Dean saved brilliantly.
So despite chances at both ends the first-half ended in a 0-0 stalemate but although Marske had the better of the opportunities that were created the Priorymen were certainly not overawed by their visitors.

During the half-time break heavy snow began falling and it continued for about 20 minutes possibly threatening the abandonment of the game. But thankfully it suddenly stopped and cleared around the 65th minute and that coincided with by far Guisborough’s best spell of the game. The Priorymen started to pass the ball around brilliantly and they ripped into Marske with purpose and penetration as the Seasiders seemed to lose their composure and spirit.

And the culmination of that fantastic passage of play by the Priorymen was that tremendous goal by Keelan Wright-Simpson with a superb shot which Marske’s former Guisborough ‘keeper Ryan Catterick seemed to leave thinking it was going over the bar but it dipped gloriously just under the cross bar and into the roof of the net.

From that point Guisborough managed the game extremely well passing the ball about with ease despite the snowy and slippery pitch and they saw the game through brilliantly for a famous victory that will live long in the memory of the home fans and officials.

Overall, there were excellent performances throughout the Guisborough side. /From the back, goalkeeper Robert Dean saved his side several times with a combination of agility, fine reflexes and some typical bravery epitomised when he dived courageously at the feet of a Marske attacker to smother the ball safely two minutes from time.

The Guisborough back four of Callum Martin, Nick Hood, James Rowe and James Risbrough were tremendous all night, dealing excellently with virtually everything Marske threw at them.
In midfield Guisborough skipper JJ Bartliff played bravely through the pain barrier despite suffering from two injuries while Ben Jackson got through a lot of work all over the pitch as did goals-coring hero Keelan Wright-Simpson. Up front Cole Kiernan, Louis Johnson and Sam Webster were tremendously lively and kept the Marske defenders on their toes all night.

It was hard to pick one single Man of the Match following such an accomplished team performance but former Guisborough legend Gary Wood, whose company WOODSmith Construction Group sponsored the match, chose Webster as his deserved MoM winner. 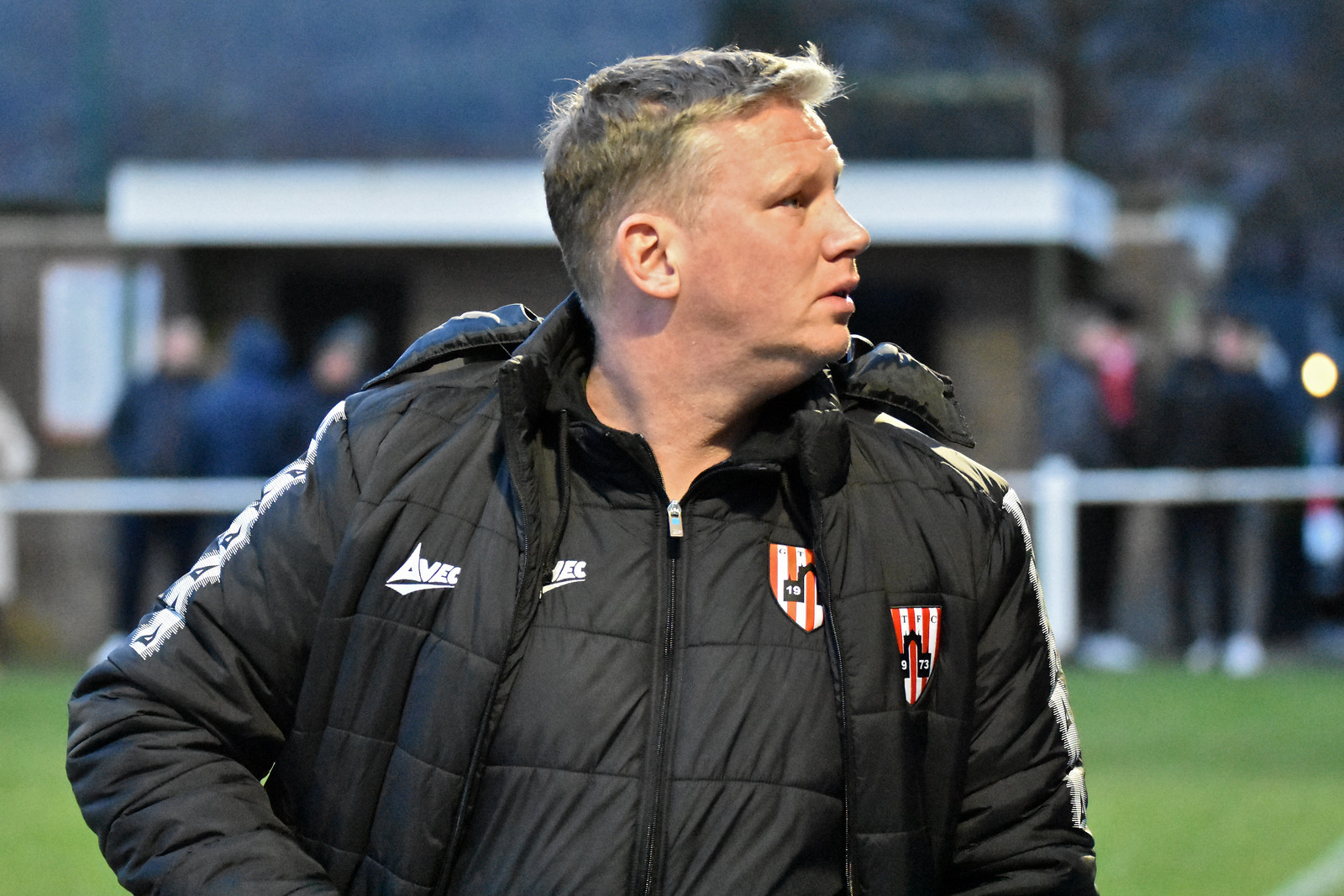