One magic moment of individual brilliance from substitute Jack Blackford, Guisborough Town’s close season capture from Marske, set the seal on a hard-fought but well deserved victory by the Priorymen in the opening game of the league season at Thornaby on Saturday.

The game took on a somewhat crazy, topsy-turvy feel in the first half with four goals in the first 25 minutes as Guisborough twice took the lead but then surrendered it to the hosts – so it was all square at 2-2 as the players went in at the interval.

Blackford has been suffering from a leg injury during pre-season and Manager Steve Bell and his backroom team have been gradually nursing him back to fitness and when he came on at half-time it marked his debut as a fully-fledged Guisborough Town player.

Almost immediately after he took the field, he started causing problems down the left flank for Thornaby’s defence, with his strong, fast runs and intricate, trickyfootwork.

And on 80 minutes he produced that magical moment of brilliance referred to earlier when seemingly with little space to work with he turned his marker inside out, got to the by-line and sent over a precision pass into the middle where Cole Kiernan ran in to pounce and brilliantly finish off a superb move for the winning goal.

Guisborough boss Steve enthused about Jack Blackford’s second half impact, commenting:  “Overall it was a bit of a strange game which I think we shaded and in the end deserved to win.

“The introduction of Jack won us the game – he was absolutely brilliant when he came on.  If we can continue to keep him fit then I think we’ve got a real chance of doing very well this season,” added Steve.

One blow, however, for the Priorymen was a serious injury to goalkeeper Robert Dean, who had to leave the field in the 38th minute following an awful but accidental collision with one of his own defenders, Nick Hood.

‘Deano’ was clearly in a lot of pain and it was confirmed later that he had suffered a cracked bone in his shoulder which is expected to keep him sidelined for six to eight weeks.

“This is a big, big blow to us,” said Steve Bell.  “But it gives our young back-up keeper Will Cowey the opportunity to consolidate the impressive start he’s made in pre-season,” added Steve.

At only 17 years old, Will is displaying a maturity beyond his years and after he replaced poor Deano he made two or three telling saves in the second half which kept the scores level.

Guisborough made all the early running and it was no surprise that they took the lead after only eight minutes when tall striker Jason Blackburn’s determination got the better of going for a 50-50 ball with Thornaby keeper Matthew Wilkinson and he gleefully smashed the ball home into an empty net for 1-0 to the Priorymen.

The lead, however, lasted just two minutes when Thornaby prised the Guisborough defence wide open and speedy winger Luke Hogan just beat the onrushing Deano to the ball to score for 1-1.

But only five minutes later on 15 minutes Guisborough regained the lead when a Thornaby foul in the penalty area presented Cole Kiernan with a golden opportunity for him to open his goal account this season from the penalty spot and he smashed the ball home fiercely for 2-1.

Alas, only 10 minutes later Thornaby levelled at 2-2 when a defensive mix-up between Deano and Hood saw the pair collide badly with each other and the ball went loose to Hogan who scored his second goal with ease into an empty net.

The second half saw both sides carve out opportunities to grab a winner before Blackford’s moment of magic in the 80th minute allowed Kiernan to decide the outcome with his second goal of the match.

Five minutes later Cole Kiernan had the chance to grab a hat-trick for himself when Guisborough were awarded a second penalty after Ben Jackson was bundled over in the box.  But this time although he hit the spot kick well and hard enough Thornaby keeper Wilkinson dived to his right to make a brilliant save and slightly spoil Cole’s afternoon!

This victory in front of a crowd of 165 was made all the more impressive because the Priorymen were without skipper JJ Bartliff and recent new signing Liam O’Sullivan who were both unavailable.

The manner of the victory bodes well for Guisborough’s next game which is on Tuesday, 2 August at West Auckland (KO 7.30pm). 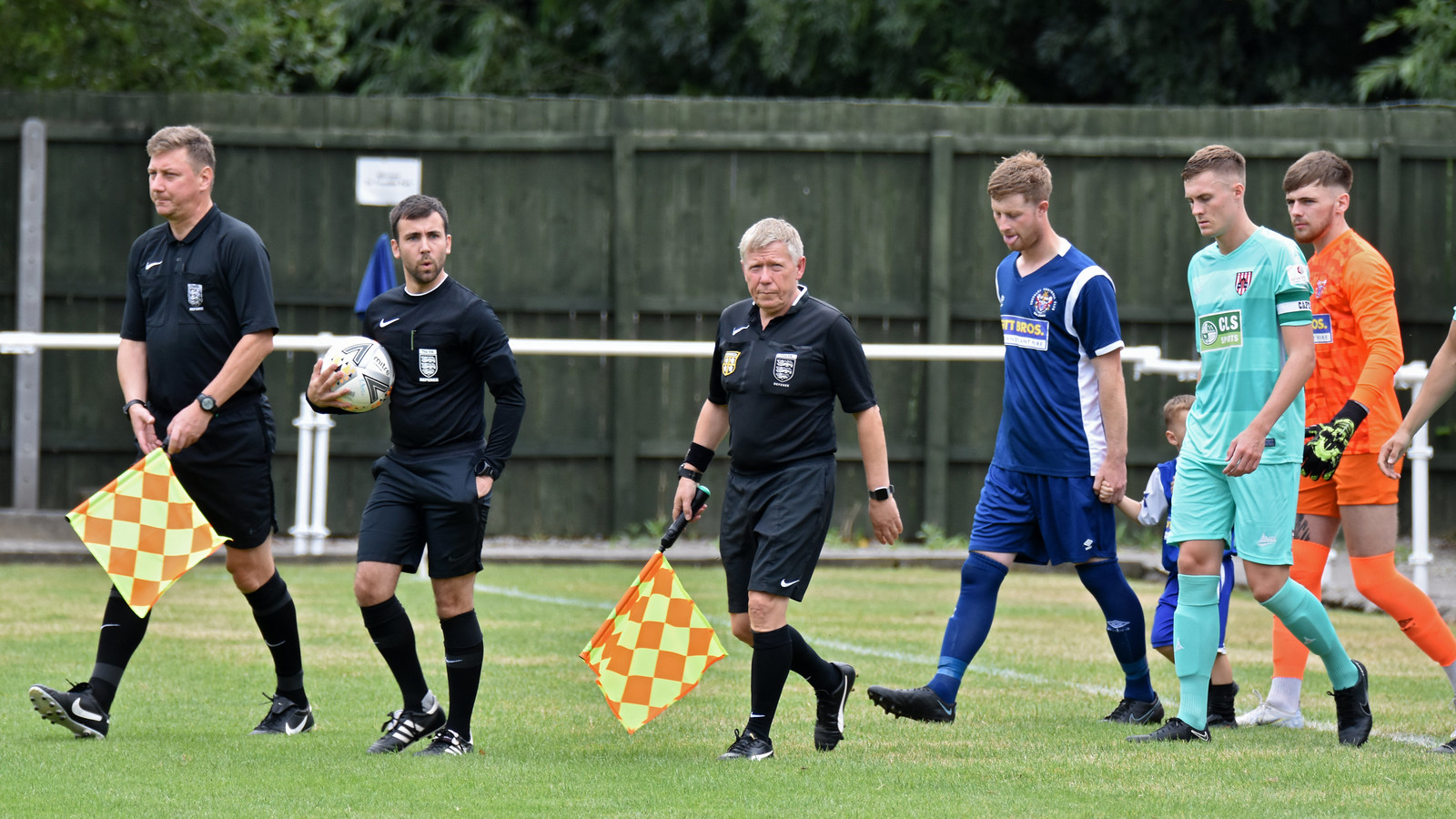